Here are some of the notable takeaways from the livestream. My comments in italics. 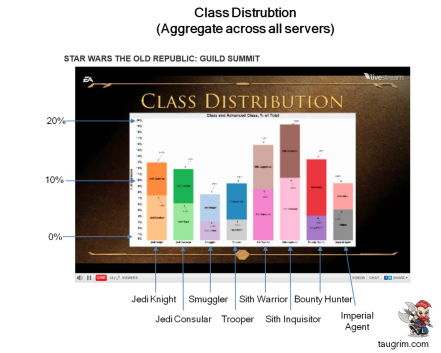 UPDATE (2012/03/07): Dulfy took in-depth notes from the livestream, so check out her post. She has a kick-ass blog, so make sure to follow her on Twitter.

26 comments on “Quick Hits from the SWTOR Guild Summit”