Light tanks have the highest “skill cap” of any class in World of Tanks (WoT), as they are fragile, possess relatively weak guns, and have enough mobility to get the driver into trouble.

In this in-depth guide, we review common mistakes and break down effective tactics to help you understand how to play light tanks correctly.

What Bad Looks Like
1. Suiscouting / charging recklessly
2. Spawn camping
3. Spotting in areas where spotting can be done by anyone else
4. Overexposing your tank
5. Dumb brawling / poor trading

END_OF_DOCUMENT_TOKEN_TO_BE_REPLACED

So far this year has been an unsurprising one for MMOs, nothing new has flabbergasted us, yet all the oldies have only gotten better. There are two games I’d like to focus on today. Ageing like a fine wine, Blizzard’s World of Warcraft gave us Legion, their sixth expansion since launch late last year. And few months later we were given Square Enix’s Stormblood, the second expansion for FFXIV: A Realm Reborn.

After recovering from a dreadful launch, FFXIV has steadily grown in popularity. I myself tried the 1.0 beta out, all those years ago. And through the dreadful UI and clumsy combat, I found a graphically outstanding and adventurous MMO, albeit it had its work cut out would it want to triumph over such other contenders at the time. WAR was just beginning to crumble, and Aion was competing for the top PvP scene. Whilst WoW was trying to follow up its most successful expansion of all time with Cataclysm.

As a side-note: for more information regarding the production and development cycle of FFXIV, I would eagerly refer you to the just-released documentary by Noclip. 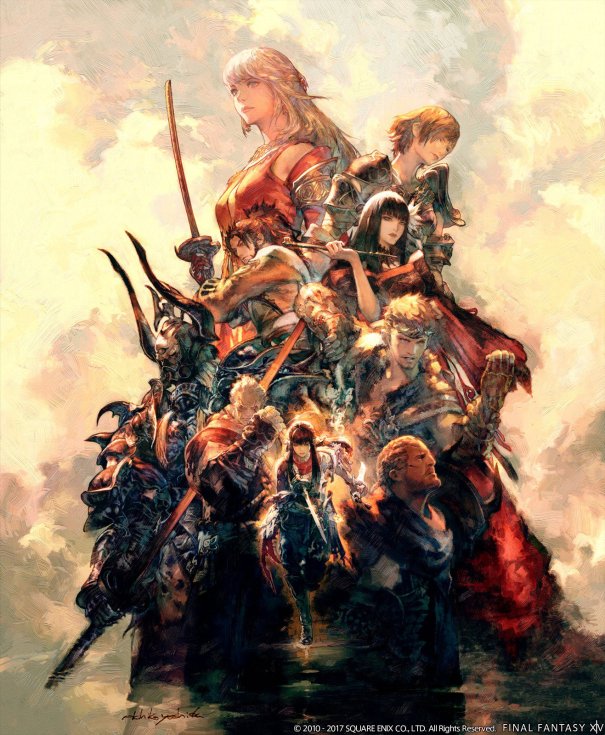 END_OF_DOCUMENT_TOKEN_TO_BE_REPLACED

Is Class Customization Going the Way of the Dinosaur?

In MMOs, on opposite ends of the spectrum there are two models for class design:

For years, the high customization model was the industry norm, starting with WoW and later reaching its zenith with RIFT in 2011. In RIFT each of the 4 classes – cleric, mage, rogue, warrior – had 9 (yes, nine!) talent trees, and you could mix-and-match any 3 trees and decide how to spend your talent points in your chosen 3 trees. I loved the RIFT’s class design – there were so many different combinations and I had a field day trying to create different viable specs and builds, including my M*A*S*H Melee Healer Cleric spec for PVP.

One obvious issue with the high customization model is balancing trees and classes, both within a class and across classes. This was very true in PVE for classes that could play the same role, e.g. tank or healer or DPS.

END_OF_DOCUMENT_TOKEN_TO_BE_REPLACED

Where the Heck I’ve Been

It occurred to me when looking at my recent (well, not really recent) blog posts that I pretty much disappeared from the face of the earth for the 2nd half of 2016 and didn’t address it here.

We had some major issues come up IRL related to heath and housing and had to move several times during that time. It was super stressful and exhausting, and for many months we were too busy sorting through personal concerns while I kept up with my product management day job for me to play online games, let alone blog or YouTube about them in my free time. Those 6 months were by far the worst period in our lives.

Thankfully, things have been getting better. We moved into a new place in late December, and while there are a couple issues we’re still working through, we’re settling in and life is returning to a semblance of normalcy.

END_OF_DOCUMENT_TOKEN_TO_BE_REPLACED

RIP Armored Warfare, Road to Unicum is Back

As you may have heard, game publisher Mail.Ru is pulling the plug on Armored Warfare (AW) game developer Obsidian Entertainment (OEI) and taking the development effort in-house.

This is rather unfortunate, as I had a positive impression of OEI and thought they were heading in the right direction with Balance 2.0, which was a major rework of many mechanics, including normalizing damage based on gun caliber and normalizing HP based on size/weight to prevent power creep across tiers, plus positive changes to create better balance among classes.

Mail.Ru doesn’t seem to understand the Western market (EU/NA), so I have no confidence Mail.Ru will meaningfully improve AW.

Beyond that, switching development teams always creates massive churn, partly because the new team doesn’t know the existing code base and architecture intimately, and partly because people always want to change something to fit their particular vision.